The Dixie Highway Yard Sale runs along old Highway 41 from Ringold, Georgia to Marietta, Georgia along the old two lane Highway 41. The event is held the first weekend in June.  This year, 2012, that will be June 1st through June 3rd. The weekend after Memorial Day. 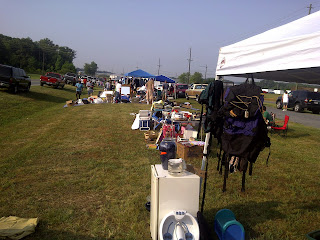 I have set up just south of Calhoun the last two years. The results were very good. While there are many good spots on this celebration of the old byway my favorite is the stretch between Adairsville and Calhoun.  A service road at the Airport south of Calhoun runs parallel to a section of the road and is always full of vendors. Reseca at the Highway 136 crossing has been another hot spot in years past. Many of the shops along the route in Calhoun run sidewalk sales in conjunction with the Dixie Highway Yard Sale. I would also expect to see a lot of activity at any flea market along or near the highway


You can find more information at the Dixie Highway Yard Sale FaceBook page.
Posted by Fitz at 10:02 PM 2 comments:

These John F Kennedy cards were found in a scrapbook amongst other abandoned items and trash in a house I rented a few years back. 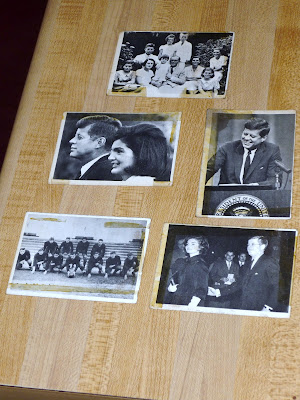 I kept them for a while but eventually auctioned them on Ebay. Faded, with ragged edges and tape marks these collectable John F Kennedy cards were far from pristine. For a price of $3.00 including shipping I made a collector very happy.

The cards were published in the 1960's by Topps which sold both sport and non sport cards in packets of bubble gum. The five shown here were part of a series of 77. 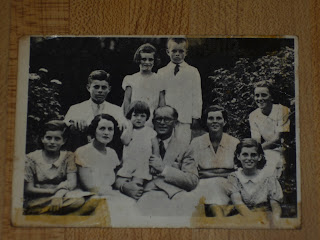 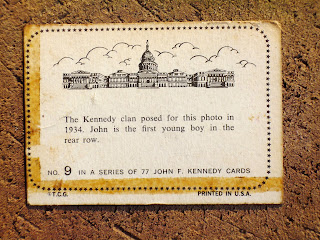 NO. 43 - President Kennedy and the First Lady on an evening out. 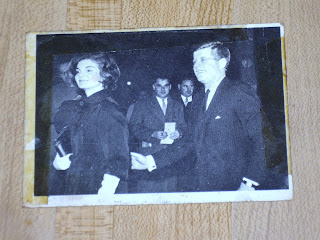 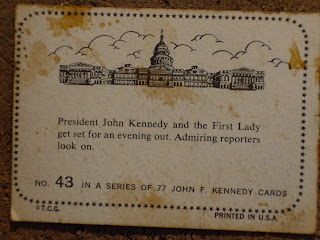 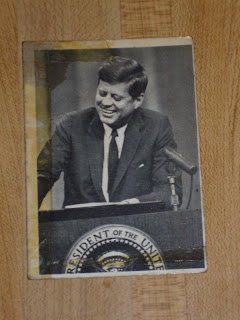 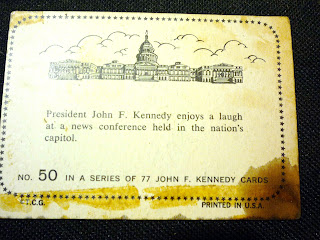 NO. 56 - President Kennedy and First Lady in profile watching an event on the South Lawn of The White House. 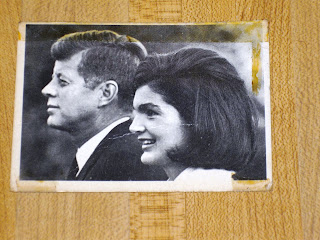 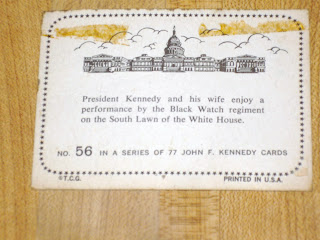 NO. 66 - John F. Kennedy and his college football team. 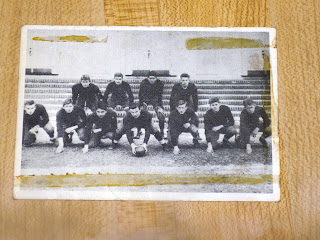 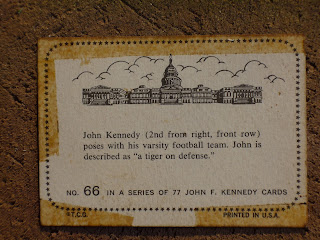 These 1960's collectible John F Kennedy T.C.G. cards by Topps are just another example of items which pass through the markets discarded by one person, but treasured by another.
Posted by Fitz at 8:13 PM No comments: