Vintage Imperial Pocket Knife Tool Kit. Found an old Imperial Pocket Knife in a box lot of tools from an auction about two weeks ago.  It was part of a kit of with some small odd vintage tools. When opened, the knife measures around six inches with a single two and eighth inch sheep foot blade. 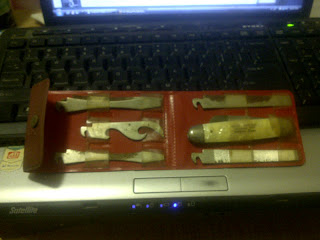 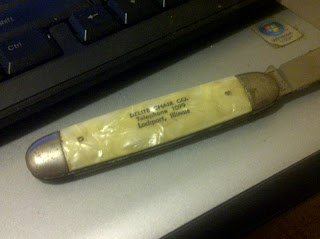 Even before I saw the stamp on the blade I knew this tool had some age on it. The advertisement on the side of the knife reads

Yeah, four digit phone numbers are kind of a big clue.  The maker's mark was Imperial Prov USA with a crown over the lower case "i" in Imperial. The company used this mark from 1946 to 1956. The "Prov" in the logo is for Providence, Rhode Island where the manufacturer was based.

I am not sure what the tool kit was meant for.  It has a combination of files with screwdriver, hook ends and points. If anyone knows send me a note in the comments below. 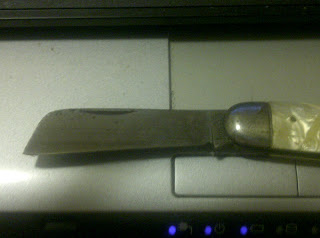 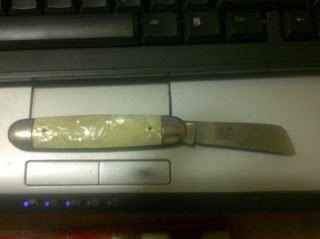