Landers, Frary and Clark of New Britain, Connecticut was a manufacturer of housewares and appliances as well as many other items.  Their company was formed in 1865.  In 1965 they were bought out by General Electric.

I first became aware of the company a few weeks ago when my sister called with a question about an old military first aid kit with L F & C stamped into it.  As it turned out the kit was from the Korean War. A collector was able to determine the age from the dates on the medicines in the kit. Depending on condition and which war the kit was manufactured for the value for an antique military first aid kit may go as high as $200.  Sis sold hers for about $65.

One of the common kitchen brands associated with this company is Universal. I have found a sausage grinder with this brand on the body and L F & C on the crank. On the other side of the handle are patent numbers dating back to 1897. Another of their brands from the 1940's is Climax. 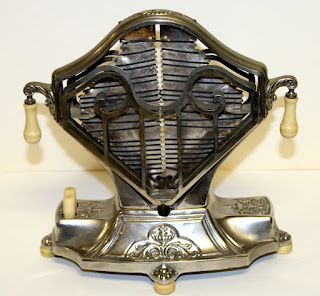 They made hundreds of different items over their century of existence.  Most were for the home and kitchen.

Here is a list some of the more common Landers Frary & Clark items. The links will take you to current examples of items for sale on Ebay: 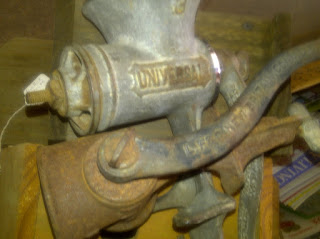 Your clues will be an L F & G stamped on the item, New Britain Connecticut or Aetna Works. Also look for the Universal and Climax brand names which were used by Landers Frary and Clark. This manufacturer disappeared in 1965 so anything you find will probably be more than fifty years old.
Posted by Fitz at 11:48 AM 2 comments:

Update: Last I checked this one was no longer open. Just another piece of Flea Market history. Below is my review from 2011.

Just up the hill from the Vault Pawn and 108 Flea Market is the Red Garage Flea Market. A tiny market that specializes in old tools. They have other stuff also, but I have found more antique tools there than I have found at many other markets. On my last visit I found antique irons, a bracket bit brace and two Universal (A brand name that disappeared in 1965 when GE bought Landers, Frarry and Clark) sausage grinders. 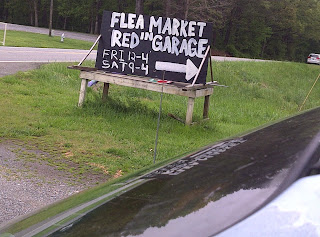 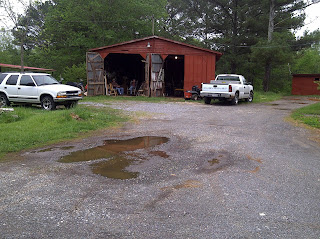 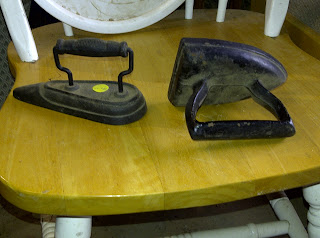 They also have good used modern tools. Saws, hammers drills and many others. There were also about two dozen folding chairs for sale and a box of old 45 records. If you are traveling Highway 108 between Waleska and Ballground look for this flea market, it is worth the stop.
Posted by Fitz at 9:20 AM 8 comments: